When you’re watching movie or reading a book, do you think about which character you’d play if you were to be in a remake of said movie or book?

Or is that just me and my weird-ass desire to make strange remakes of things that star myself and my friends?

(This is something that I’ve always wanted to do ever since I was a little kid. I have no idea why.)

Oh my god, I want a Subway tuna sandwich so bad right now. It’s 3 in the morning, but hell, that’s when I usually have dinner anyway. Too bad the closest Subway is like 3 miles away (and is probably closed).

GOD, DELIVER UNTO ME A SUBWAY TUNA SANDWICH.

IT’S BEEN THREE MINUTES. I HAVE NO SUBWAY TUNA SANDWICH. ERGO, THERE IS NO GOD.

OH CRAP I FORGOT HOW TO BLOG

Also, you know you’ve been watching too much Food Network when you have a dream in which Guy Fieri breaks into your house, chugs the entirety of your salt shaker’s contents, and then blasts through the roof using his salt-powered rocket feet. Not rocket shoes, rocket feet.

STOP! Wait a minute! Fill my blog, put some nonsense in it!

I am in a WEIRD MOOD, so you get a WEIRD BLOG

I am, indeed, an April fool

When I get super sleep deprived, I tend to make/write/blog things I don’t remember making/writing/blogging about. For example, I found this thing on my USB this morning. Its “date modified” is last night (this morning?) at 3:43 AM.

THIS IS NOT FUNNY ON ANY LEVEL
THAT’S NOT EVEN HOW YOU PRONOUNCE “OREGON”
GOD DAMMIT, BRAIN

The Dumbest Joke in the History of Dumb Jokes

Crap, that isn’t even a joke; that is me with sleep deprivation plus a six-hour layover in Seattle plus the wake of a mini-freakout from last night when I woke up at my dad’s house and had NO IDEA where I was (I thought I was still in Calgary, but nothing looked familiar and I was scared).

I’m not sorry.
Hell, I’m not even coherent.

Posted in: Miscellaneous | Tagged: bad jokes, claudia is loopy, claudia nonsense, how on earth do i even tag this?, why are you reading the tags anyway?, wtf

What would happen if famous books were really all about statistics?

Idea: someone should make a pirate-themed R how-to book and call it R Matey. There would be a little cartoon parrot throughout giving little hints and tricks.

Today I shall show you how to go walking in the snow/rain when you’re an idiot like me and live in Canada but haven’t bought boots yet.

Step 3: put other pair of knee-high socks over baggied feet.

Step 4: put on pants and shoes.

Step 6: PROFIT! Or go walking, either one.

What I lack in common sense I make up for in…um…interesting ways to compensate for my lack of common sense.

EDIT: WELL THAT WAS A SUCKY WALK. Even with plastic protection, I was NOT going to walk through five blocks of flooded sidewalk. Nope nope nope. Also my iPod pedometer app had a flip-out moment so I lost half my mileage.

Posted in: Miscellaneous | Tagged: claudia nonsense, i have no damn idea what category this should be in, shoes, walking, what in the hell is wrong with me

Stupid crap I think about while driving in the rain:

Stupid crap I look up when I get home:

For some reason, that makes me very happy.

In this blog: Claudia Wordles Stuff 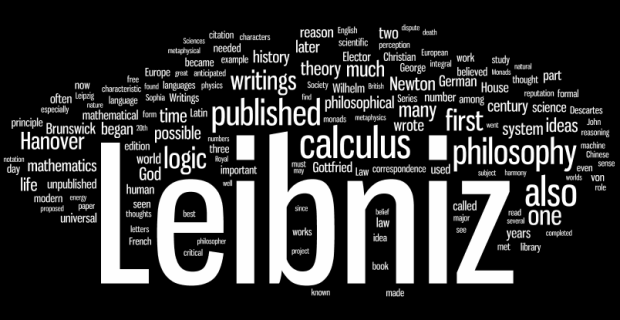 I THINK I NEED TO SLEEP

Posted in: Miscellaneous | Tagged: boredom: it's over 9000!, claudia nonsense, wordle

The closer I get to this calc final, the more math puns I want to make.

The closer I get to the edge of my chair, the more I want to fall off.

The closer I get to removing all semblance of sanity from my blogs, the more my readers are thinking, “dear god, why did I decide to follow this inanity?”

HAR HAR HAR RED BULL TIME IT’S NOT LIKE I NEED IT BUT WHATEVS!

Posted in: Miscellaneous | Tagged: claudia nonsense, this is what finals do to me okay?

Idea: some company should make a type of gnocchi and call it Fibonocchi. The box would have to have some sort of mechanism where it would only dispense the gnocchi in quantities of Fibonacci numbers. Like if you shake it five times you get 0 + 1 + 1 + 2 + 3 = 7 gnocchi.

And it could only be served with rabbit.

I think I need to sleep.

Imagine a creation story where the Cosmos gives us two brother gods: Integration and Differentiation. They are responsible for two components of the Universe.

Integration—”The Great Summer”—is in charge of unity and space (well, area, but let’s just go with space). He wields integral symbols as weapons and lives in the sky.

Differentiation—”The Great Changer”—is in charge of division and, of course, change. He’s able to take the smallest components of the universe (hence the “division” aspect) and create a degree of change in it*. He has armor made out of barbs tangent to his skin and lives in the earth.

Something to draw, maybe…?

*Yes, I know taking the derivative of a function does not cause the change measured. Just work with me here.

Protected: The Noise In My Head

By Claudia on May 28, 2012
Posted in: Miscellaneous | Tagged: claudia nonsense, private

God, what’s wrong with me?

“DSM-5: The Future of Psychiatric Diagnosis”

Does that read like a movie poster headline to anyone else?

DSM-V, The Movie: Let No One Escape Diagnosis!

I can see the plot now: “Tim Feltcher’s new job lands him in the town of DSM-V, a quirky little settlement amid dozens of other settlements across the American Midwest.

Upon settling down and living in the town for a few days, however, Tim notices there’s something odd about it. His office mate spends an obscene amount of time in the bathroom washing his hands. His neighbor shouts at imaginary passers-by and often warns him of bats flying through the neighborhood, even though there are never any to be found. His new girlfriend, Becky, stutters incessantly; his boss is too afraid to come out of his office for board meetings.

Tim wonders how he could feel out of place in a town so full of strange and different people. Then one night, just before he drifts off to sleep, it hits him: he is normal.

It isn’t long before Tim is contacted by Steve, a masochist who claimed that he escaped the town because “he no longer fit the manual.” Curious, Tim breaks into Town Hall late one night and discovers, under the floorboards of the mayor’s office, a large book. After strategically dodging the sleepwalking mayor, Tim gets away with the book and meets up with Steve.

It turns out that the people of the town live by the book—that every individual who resides there must be diagnosed with at least one disorder mentioned. The disorders are inflicted upon people by telling them they’re exhibiting problematic symptoms and then placing them on a series of placebo vaccines that help create the illusion that they truly are sick and require treatment. Steve recalls that the book has been revised multiple times, and that back when DSM-III became DSM-IV, he was able to escape between the time that his old diagnosis had been removed and a new one had been put in its place.

Tim decides right then and there that he has to get out of DSM-V. However, the next day he is brought to the mayor’s office and told that he’s been showing signs of post-traumatic stress disorder and that he must be given vaccines to help combat the further “infection” of the illness. Upon looking for the book, the Mayor discovers it missing! Tim jumps out of the office window [insert overly dramatic movie scene here], sprints back to his apartment, grabs the book, and rendezvous with Steve on the outskirts of town.”

OH GOD,  IT’S A CLIFFHANGER PLOT, HOW WILL THEY SAVE THE TOWNSPEOPLE?!

Haven’t thought about that part yet. Maybe they burn the manual.

Hey, at least I didn’t make a poster. A possible NaNo, but no poster.

Protected: What is the sound of one horse being led to water?

Blog 554: In Which Claudia Pretends to be Awesome

(I’m hyped up on about 30 apple Jolly Ranchers at the moment (screw moderation!)—asking for forgiveness in advance)

A Survey I Want All of You Weirdos To Fill Out In Your Glorious Comments To This Blog
1. Claudia has a Flash project that is underway as this is being typed. It is a teaser/trailer for a possible upcoming Flash entitled, “Manifest Destiny: The Story of the Presidents.” Does this intrigue you?
[  ] Mightily!
[  ] Indeed!
[  ] Wait, what?
[  ] stfu u dont kno falsh lol!!!11

2. It is stated in the above question that this is either a “teaser,” meaning that the longer Flash stated in it will not be made, or a “trailer,” indicating that the longer Flash will be made, eventually. Which do you prefer?
[  ] Teaser. Claudia needs to focus on her schoolwork and 22+ credits next semester.
[  ] Trailer. Claudia needs to entertain her friends before they revolt and realize that all she’s good for is typing random surveys in her blogs and making them fill them out.
[  ] Ballroom dance!

That is all. Please write on the top of your survey your student ID and favorite pair of underwear.

I used to work at a bridal shop specializing in headdresses. My work there was to know a veil.

This blog is destined not to make any sense (this is good to know, you hooligans!)

I’ve set the scene for an interrogation. You are a D-cup bra. In the seat next to you is a potted plant (of the cactus variety). You and Mr. Prickles (the cactus) caused quite a commotion at a local nightclub last night. However you, being a bra, can’t remember a single thing. And Mr. Prickles isn’t talking. It is up to you and your razor sharp negotiation skills to persuade Mr. Prickles to confess to both you and the heavily-cologned officer across the table the goings on of last night. The tools at your disposal include:

-a book of matches
-three copies of War and Peace (unabridged)
-a piece of wedding cake
-Dr. Phil

The egg timer on the table is set at 56 minutes. It is ticking down. Quickly, my bra-like friend, what do you do?!

You must choose! All of you!

And yes, I did have a bit of sugar tonight, how could you tell?