How Worthless AM I?

Typing speed is meh. I can do better.

I am a Disappointment (What Else is New?)

So as I’m sure you’re all aware (assuming you read my blogs on a semi-regular basis), my Decade of Music project is due to end on December 31st. That means I will have a decade’s worth of new songs (3,652 songs, to be precise, with the leap years) and thus will have a lot of cool stuff to share with you all, including my absolute favorite songs of the decade, most beautiful songs of the decade, top music videos, etc. Not to mention all the STATS, too!

However, I have not been very vigilant with keeping my Decade of Music songs super organized. That is, due to various computer changes over the course of the decade, not all my songs have rankings, not all of them have the correct genres attached…that kind of thing. And I don’t have one big master list of the songs, either. I have yearly Word documents, but all those contain are the songs and artists, not any other details such as genre or my ranking of the songs.

I was hoping to get a master list together by the end of the year so that I could share all the cool summary info with you starting in the beginning of 2020, but I’ve been so busy with work that I just haven’t had the time to make said master list.

So here’s the plan: rather than try to half-ass my end of the decade music summary and basing it off of what I know off the top of my head about my songs but get it to you at the start of January, I’m going to delay it a little bit to make sure I have time to get that comprehensive list done, sorted, and properly analyzed for all stats-related things.

Would I prefer to give you the summary at the beginning of next year? Of course. But I don’t want to half-ass it; I’ve spent a whole decade on this project and it would feel lousy trying to throw something together at the last minute when I feel like this project deserves a much more comprehensive exploration and discussion.

So if it’s cool with y’all, the Decade of Music project’s summary will be a little late. Maybe end of January or sometime in February.

Is that cool? Please say yes.

Posted in: Music | Tagged: decade of music, i suck

I am the worst.

I am the worst instructor.

I am the worst wife.

I am the worst daughter.

I am the worst human.

Posted in: Life | Tagged: go away, i suck

That’s all I have to say today, sorry.

I’ve been sad a lot lately.

Posted in: Blogging | Tagged: bad blogging, i suck, i've been doing this for twelve years why am i so bad at it

Posted in: Life | Tagged: go away, i suck

I’m bored but can’t think of anything to blog about.

Disappointment, thy name is Claudia.

Posted in: Blogging | Tagged: i suck

Haha, what am I saying? You’d probably all prefer that to my actual blog posts, anyway. 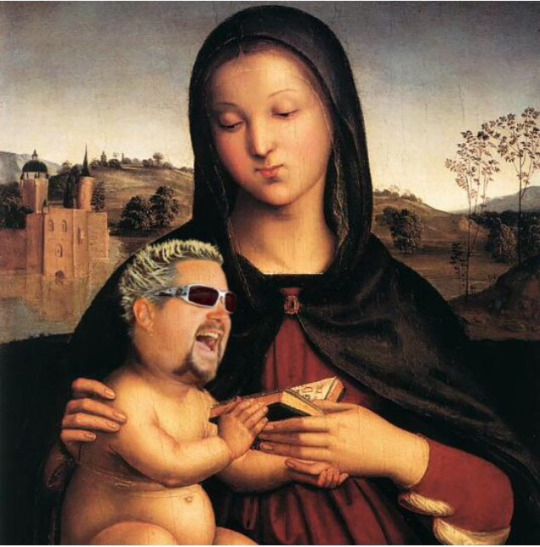 Posted in: Internet | Tagged: i suck

About time I uploaded these, eh? Sorry, y’all. I’ve been super busy with school. I’m used to UI’s 15-week semesters, not Canada’s 12-week ones. It gets crazy at the end.

I know it’s not an excuse, but there ya go.

I think it’s time to bring back Ridin’ Ritz Man.

I am so fantastically stupid.

Posted in: Life | Tagged: i suck, ignore this

WELL I BROKE THE COPY MACHINE.

Elaboration: After our Proofs final this afternoon (which was surprisingly easy), I had to go copy the tests for STAT 251 (‘cause, you know, I don’t plan ahead like I should and instead waited until the night before the test to copy them). So Wayne and I went back to Brink. We went up to the stats department floor and he worked on his SAS project while I started the copier.

The first ¾ of the copies went fine, but then the machine stopped so I went to check on it. I figure it was just out of paper; I was making 145 copies, after all.
But no. What was it out of? Staples.
Replacing the staples in that particular copier is the hardest freaking thing ever.

So I manage to mangle the damn staple holder to the point where I’m pretty sure it’s broken. I’m totally freaking out because I’ve got 37 more copies to make, and Wayne, with his seemingly boundless patience, tries to fix the staple holder for like 15 minutes before we’re both like, “okay, screw this” and I leave a frantic note with the gist of “sorry, I broke the staple holder ‘cause I’m an idiot” and went to Kinkos to make the remaining copies.

Going to go curl up and try not to get even more frustrated with everything.

Also: Why. Don’t. They. Post. The. Spring. Class. Schedule. I AM DYINGGGGG

Posted in: Life | Tagged: Are you sick of these posts yet?, frustration, go away, i suck

I’m not posting my third draft story because it’s probably the worst thing I’ve ever written. So screw it.

I also likely failed my probability test this morning, ’cause THAT’S WHAT I DO, I FAIL.

I’m going to go home. Probably to fail at something there, too, who knows.

Posted in: Life | Tagged: frustration, go away, i suck

Why does this keep happening?

So there’s this guy. (Yeah, I know. Every semester.)

I know you’re probably sick of me semi-fawning over some random dude seemingly every semester, but this time I’m just really freaking confused. I think I like him, and I think he likes me, but I’m so bad with relationships because it’s been like five years since I’ve had one that I don’t even know anymore. I’m afraid that I’m convincing myself that there’s something there just because I’m tired of being alone.

So who the hell knows.

Posted in: Relationships | Tagged: i suck

Poetry is not my strong suit

Have you ever had a dream about a poem? Like, intense enough where you remembered the poem the next morning?

I fell away from you softly
And as I did a hole opened up and I was swallowed
Then time ceased and I began to become the hole
My fingers lengthening, webbing outwards
Until I was touching the edges of the universe.
My legs were gone and my body was gone and I was a planet
And space bent beneath me like foam beneath a weight
Until a larger body beckoned me towards and two became one
In beautiful violence.
And remember that time we split from the star?
That time we flew as particles dispersing through the darkness
Not a thought beyond acknowledging the distance between us?
We were happy then.

I’m really sorry, guys. I just  mass-posted 32 pages worth of blog and probably annoyed the crap out of any subscribers. Totally understand if you want to unsubscribe.

Anyway. School + work + joy of teaching stats kind of took over my life. I’d write my blog for the day and then I’d be like “oh, internet!” and get distracted enough that by the time I realized I hadn’t actually posted yet I’d think “bah, too late, must sleep,” so I’d stick it in a Word document.

I’ll try to be better, I promise!
Will a guy riding a Ritz cracker make up for it?

Posted in: Life | Tagged: claudia is dumb, i suck

Actually, I should be more specific, huh?

1. Sorry for getting around to posting these like every 25 days or so, and
2. Sorry for the extremely erratic posting shenanigans of the past two days.

With regards to #1:
I know I’ve been totally slacking when it comes to getting these posts up, so I want to apologize for making you all wait (‘cause I know you totally wake up in the morning thinking, “I wonder if Claudia’s blog is updated? Oh sweet Jesus, let her blog be updated!”) and also for inundating those of you who’ve subscribed with dozens of  “Claudia has posted a new blog!” alerts all at once.

With regards to #2:
This one wasn’t entirely my fault (or so I’m going to claim). Yesterday I posted a whole slog of blogs within like 30 seconds because I had them all saved as drafts and I just had to press one button to get them published. Anyway, I think WordPress saw it as some sort of spam blogging account and put a block on my posting abilities. I contacted them and it got resolved this morning. That’s why you saw like 10 blogs yesterday and the rest of them today.

Also, you guys are super quick to comment (TOTALLY NOT A COMPLAINT, I love you all). But it’s 10 PM and I just got home from work, so it may be a bit before I acknowledge your comments, haha.

A new blog year is coming up for me TOMORROW, so I’ll make it one of my “New Year’s” resolutions to try and get these things posted within two or three days of their creation. I know it’s not a big effort to copy/paste/press “post” but I’m a lazy butt. And I’ll update my “About” page finally.