So this was something Nate and I were talking about yesterday, but yesterday was BIRTHDAY MADNESS, so you’re getting this a day later instead.

I bring you my TOP FIVE BOOKS!

The rules are:
1. They have to be fiction.
2. They can’t all be The Caine Mutiny.

So let’s do it. From fifth to first:

#5: The Ox-Bow Incident by Walter Van Tilburg Clark
Choosing #5 was hardest, because there were three or four books that I could very easily see as my fifth favorite book of all time. But the winner ended up being The Ox-Bow Incident, mainly because it’s the book whose story has stuck with me the most out of the possible candidates. It speaks of the consequences of mob mentality and of abandoning established methods of seeking justice. Really good. Read it. 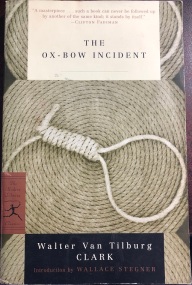 #4: 20,000 Leagues Under the Sea by Jules Verne
I’m not a science fiction fan by any means, but I absolutely love Verne. And 20,000 Leagues Under the Sea just beats out Around the World In Eighty Days as my favorite of his stories. There’s just so much that happens and it’s written in that very characteristic “my writing style is rather dry LOL WAIT NO IT’S ALL AN ILLUSION YOU ARE ON THE EDGE OF YOUR SEAT NOW AREN’T YOU” style that Verne has (at least in my opinion). I also really like stories about ships and the sea for some reason.

#3: Lolita by Vladimir Nabokov
Okay, does Lolita focus on a disturbing topic? Yes. But is it beautifully written? YES. I have never had my reading arrested so many times by passages that just hit me in the heart with how astoundingly beautiful they are. Nabokov does this thing where he hints at a metaphor offhandedly and then, like 100 pages later, brings it up again and fleshes it out in a way that builds in the consequences of everything that’s happened in those intermittent 100 pages. And he does it with such smoothness that you don’t even notice it until you’ve finished the passage and go “…oh.” and have to set the book down to give your heart time to stop palpitating.

#2: The Great Gatsby by F. Scott Fitzgerald
Would I have liked this book as much if I had been “forced” to read it in high school? I don’t know. I actually had a choice – it was this or some other book that was not on my “these are the books I need to read” list – and I remember I was the only one in our 10th grade class that chose this. I like Fitzgerald’s style in general (This Side of Paradise is another one of my favorites of his), but I just have a thing for the way the characters in this story are written and developed. And his style is nice and simple, but not boring. “Simple” in the sense that there is an ease to which the story unfolds, despite the fact that it is unfolding to uneasiness the whole time. I just…I really like this book.

#1: The Caine Mutiny by Herman Wouk
I don’t quite know how this book ended up on my “these are the books I need to read” list given how few people seem to know that this book even exists, but I’m glad it did. The sad part is that I can’t tell you exactly why I like this book so much. I just do. The characters, the writing style, the plot, the general mood it gives off – I just like it. I love it. It’s absolutely my favorite book. I think I first read it when I was in junior high and it has yet to be dethroned. Go read it, yo.

(Also, the copy I have has the best typeface.) 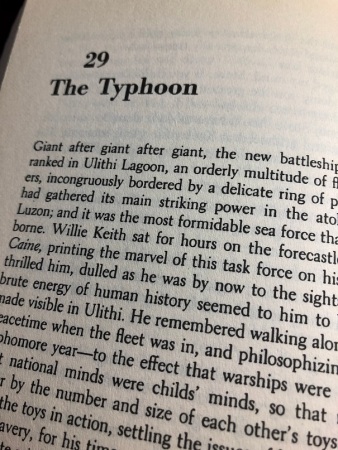 Posted in: Books | Tagged: 20000 Leagues Under the Sea, favorite books, lolita, the caine mutiny, the great gatsby, the ox-bow incident