Decade of Music Project: A Task

ALRIGHTY, so as I’ve mentioned on here a few times recently, 2019 is the last year in my Decade of Music project, which means after December 31st of this year, I will no longer be “forced” to find and obtain a new song every day of the year.

And this, of course, means that at the end of this year, I’m going to be doing a huge review of the 3,560 or so songs I will have acquired since 2010.

So an additional task for this project this year is to make a sort of master list of all the songs since 2010 with their respective genres, lengths, stars, ranks, etc. so that I can make my final summary as accurate as possible. So far, I’ve got this: 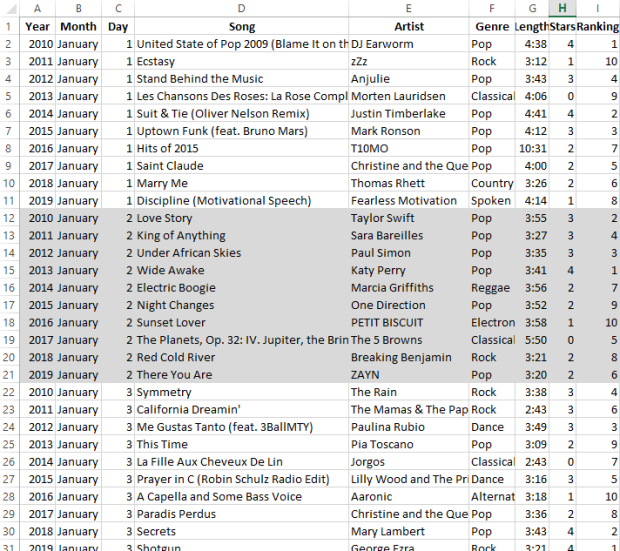 It’s going to take a bit of time each day, but as long as I don’t get behind, I should have a nice comprehensive list of the last 10 years’ worth of music by the end of this year.