This afternoon I found a thingy called the Snow White Theory.  It involves a quiz that will give you your “dwarf personality” in a group setting.  Quiz is here.

This was quite fun. I’m also pleased to be pegged as a Doc. Doc was always my favorite dwarf. Highlights from the “Doc” page:

That last point is why I had such a beef with the U of I.

I have honestly not watched this movie since I was about seven. It’s SO FREAKING FUNNY. I think I laughed hard enough to give myself a nosebleed when I get up tomorrow morning (this has happened several times before).

Snow White: “We’ll clean the house and surprise them! Then maybe they’ll let me stay!”
Yeah, that’ll do it. Though I must admit, as a kid I freaking LOVED the cleaning scene. There’s just something about synchronized cleaning, I guess.

Side note: no animated animal labor laws were violated in the making of this movie.

And Doc’s great. He really reminds me of someone, but I can’t think of the person. And Bashful’s adorable, but GRUMPY HAS NO TIME FOR HIS NONSENSE!

Snow White totally mocks Grumpy when she firsts meets him. “OOOOOOOOH, you must be GWUMPY!” 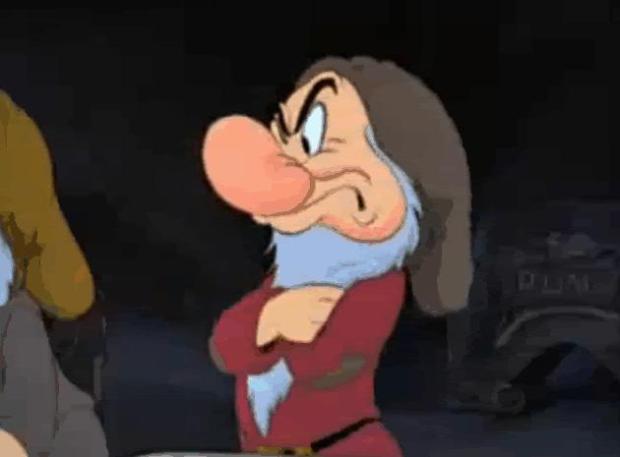 They jab at each other through almost the whole thing. If this were a romantic comedy today, they’d be making out at the end of the movie.

Hahaha, it’s like a frat house the morning after a BAD party.

Also:
Doc: “You might be cold and wet when you’re done, but you gotta admit, it’s good clean fun.”

I think scrubbing Dopey’s butt was what he was referring to here. 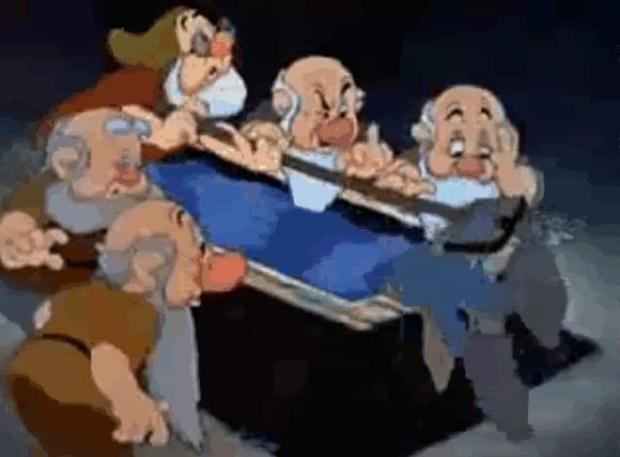 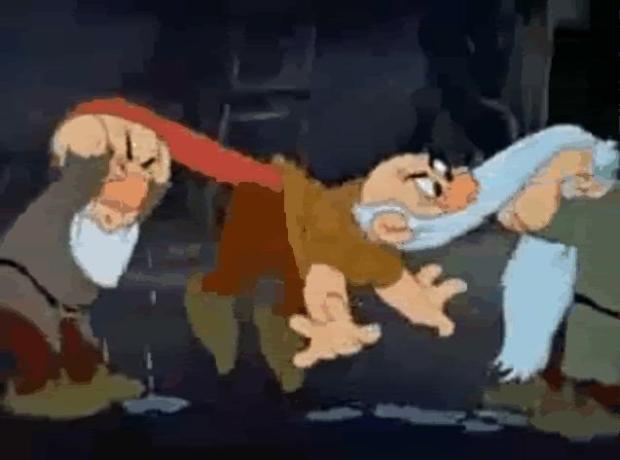 Happy can really move his hips, but Doc’s the lady’s man. 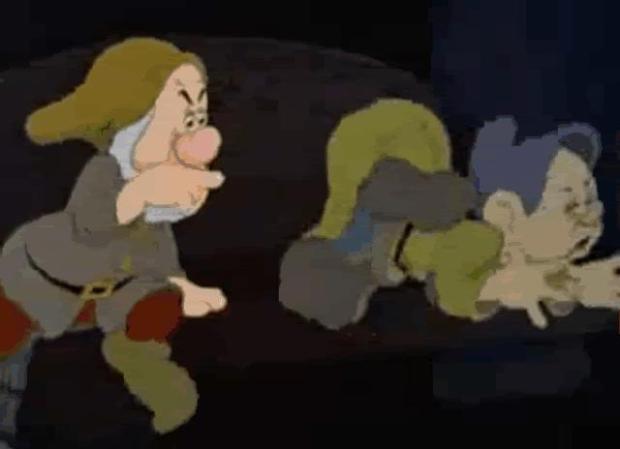 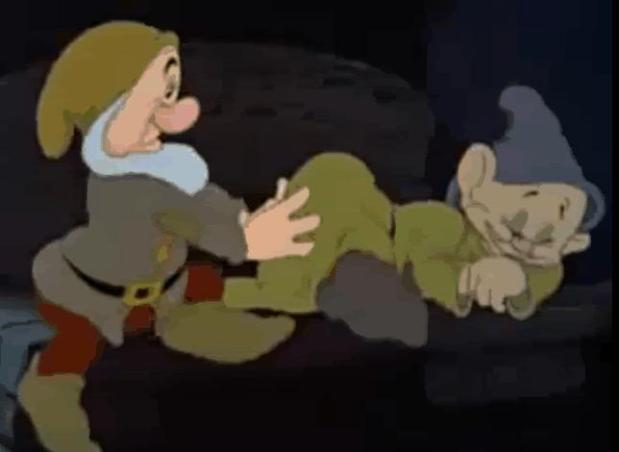 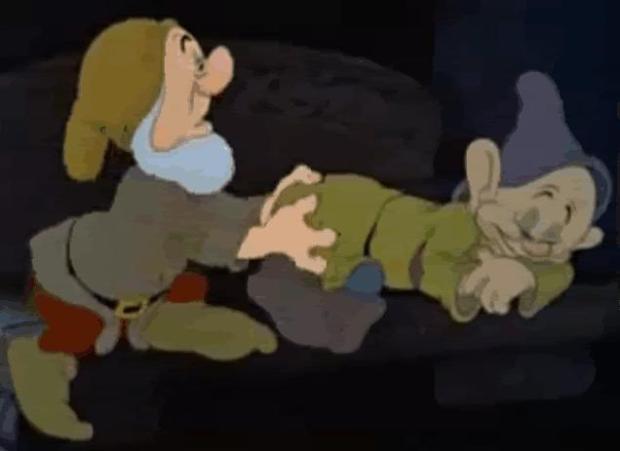 The scene in which they’re chasing the queen is pretty epic. You don’t want to make Happy angry. And does her death ring of “Wile E. Coyote” to anyone else aside from me (she’s on a cliff, tries to push a boulder onto the little gang, and the cliff on which she’s standing gets split from the mountain and the boulder falls after her)?

Also, one of you needs to tell Rebeca that it’s very hard sitting straight-faced in front of 200 students proctoring an exam when you’ve got “SCREW THE VAGINA, I HAVE A VAGINA!” going through your head.

Today’s song: We Used to be Friends by The Dandy Warhols