Inversion on the Grandest Scale

Holy hell crackers, this is beyond incredible.

How is this even earth? It’s so surreal and otherworldly.

I’ve seen a full cloud inversion in real life before, back in 2011 over Lewiston. Here’s my much less impressive (but still awesome!) shot of that:

Today was our last full day in Moscow, so my mom and I took Nate down to Lewiston and then ended up playing some mini golf in that little golf course thingy by the Moscow-Pullman airport (it was really nice; I’d recommend going there if you ever want to mini golf or use a driving range). Have some pics: 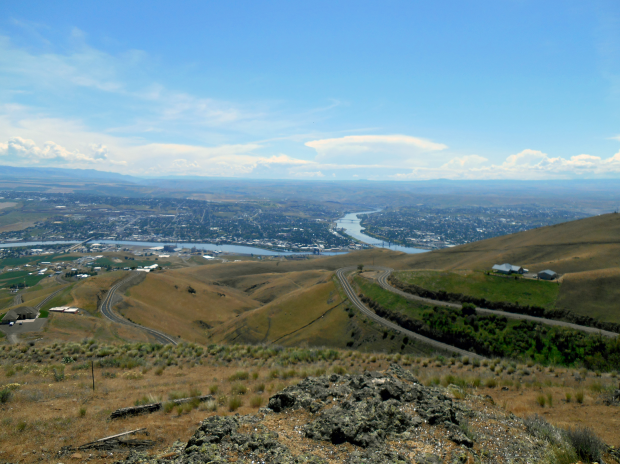 Nate and me at the top of the Lewiston hill (I have no idea why this one looks so much more washed out than the first).

Family road trip to Lewiston! We stopped at that big craft barn (the one with the metal cow and all the wagon wheels) and took pictures/got funky stuff. Here’s a pretty field:

And here’s a picture of an awesome print my mom got me: 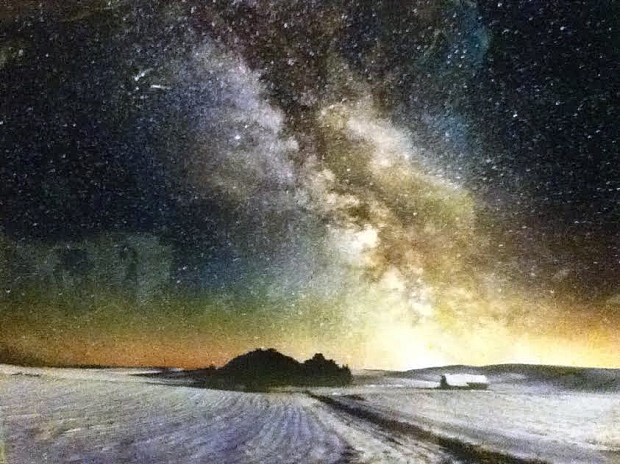 If you haven’t been to that barn, you need to go check it out. Super cool stuff in there.

TWSB: And This is Why I Couldn’t Fly Out To Seattle Today 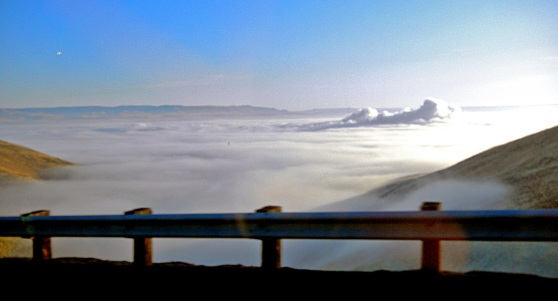 Lewiston’s under there, somewhere.

These pictures, taken yesterday around 3 PM, show the result of an inversion, or “a deviation from the normal atmospheric property with altitude” (thanks, Wiki). In the case of Lewiston here, the inversion involved temperature: Lewiston was uncharacteristically colder than the surrounding higher elevations (it was 21 degrees in Lewiston, according to my dad’s car, whereas it was about 32/33 in Moscow).

For those readers (like none of you, but whatever) who aren’t familiar with the surrounding geography of Northern Idaho, it’s like this: Moscow and the majority of the surrounding towns sit at about 2,500 feet above sea level. Lewiston, on the other hand, is situated at the confluence of the Snake and Clearwater rivers and is thus at about 745 feet above sea level. To get to Lewiston from Moscow you have to drive down the Lewiston Grade, a 10-mile winding spiral of highway that wraps in and out of the surrounding hills and drops you a total of 2,000 vertical feet.

It sounds a lot more fun than it actually is.

Anyway, on any given day Lewiston is usually about 9,000 degrees hotter than Moscow, so to experience below freezing temperatures (and snow! Break out the panicked drivers) down there is weird.

There are several causes of inversions so I don’t know if I picked the right one to explain here, but it seems most likely given the conditions and surrounding geography. An inversion can occur when warmer, less dense air moves over a cooler and denser mass of air. This usually occurs around warm fronts (or areas of oceanic upwelling, but that’s not happening in Lewiston, haha). If the lower dense area is sufficiently humid, then a layer of thick fog can often be found at the inversion cap.

Other consequences of thermal inversions I learned about when researching this on Wiki include:

But now I can’t fly out until Monday morning, at best.

I’m in Lewiston right now, waiting (hoping) to fly out at 6 tomorrow morning to go to Tucson. I say “hoping” because as we drove down Lewiston was invisible under a thick cloud (pictures later, camera cord is packed away). Underneath the cloud was pretty surreal and awesome, but it doesn’t bode well for aircraft travel, unfortunately.

My dad’s going to call Alaska Air tonight at 11:30 to see if the Pullman-Seattle plane even landed; if not, I guess I won’t be flying out tomorrow.